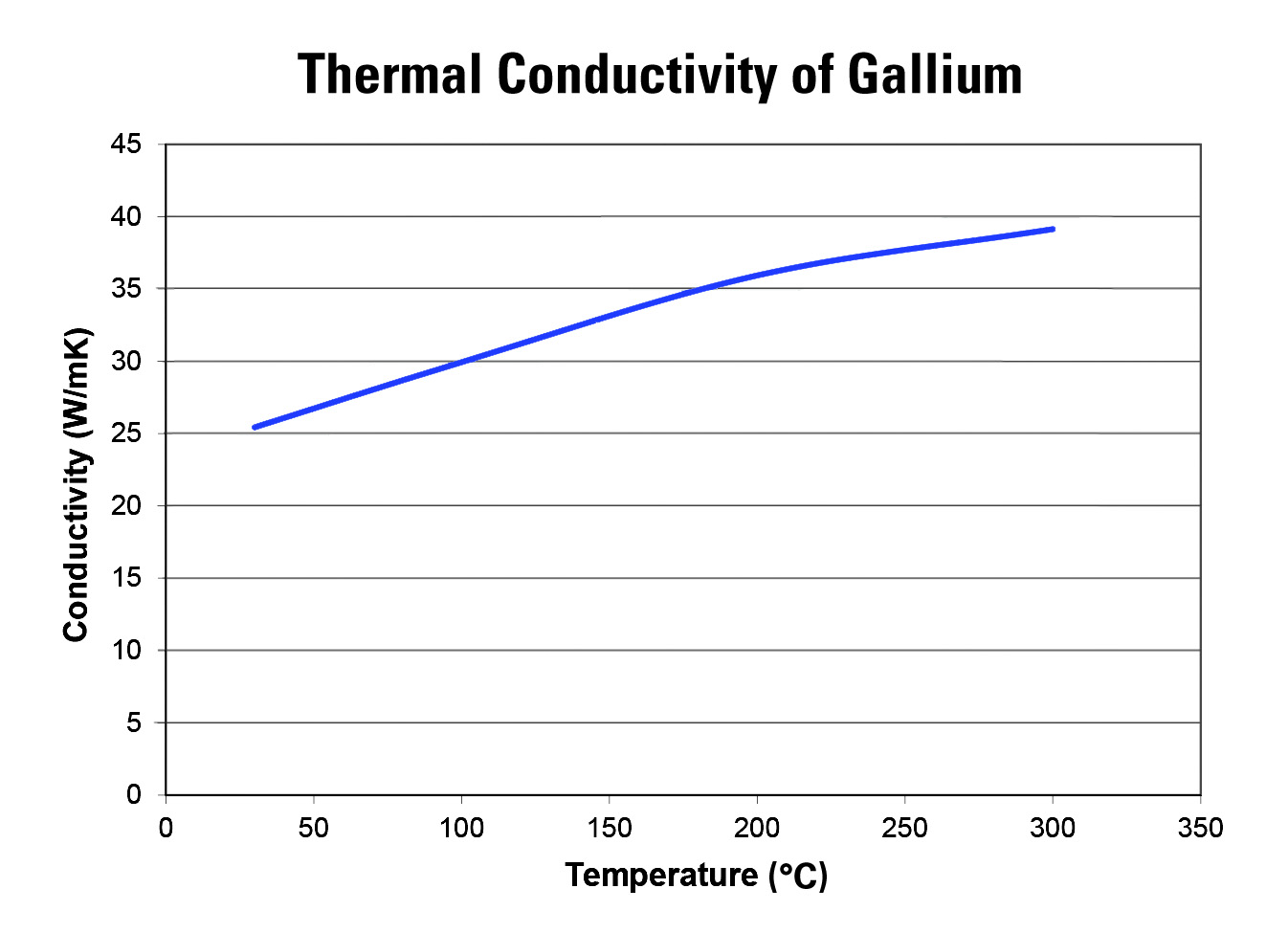 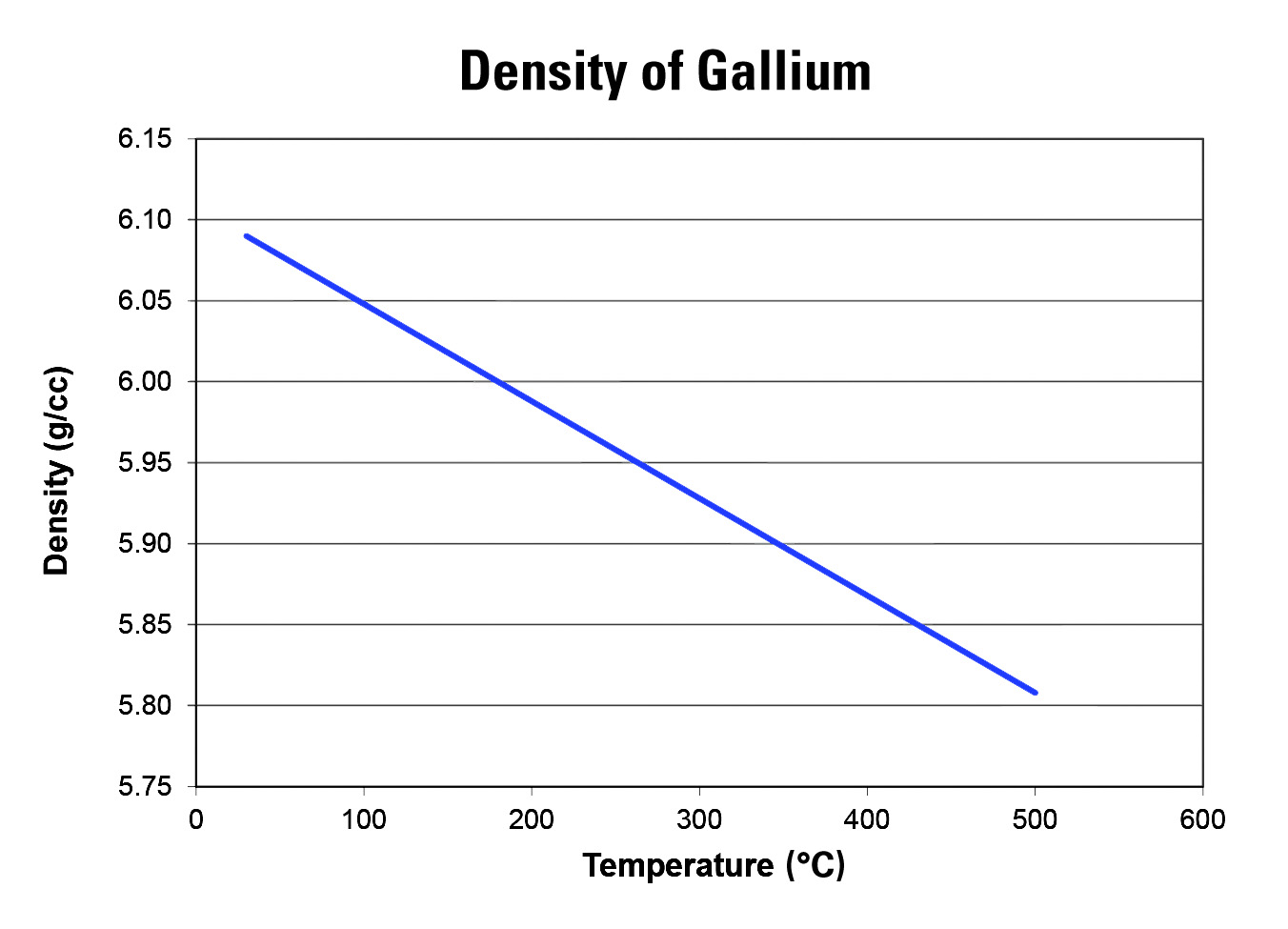 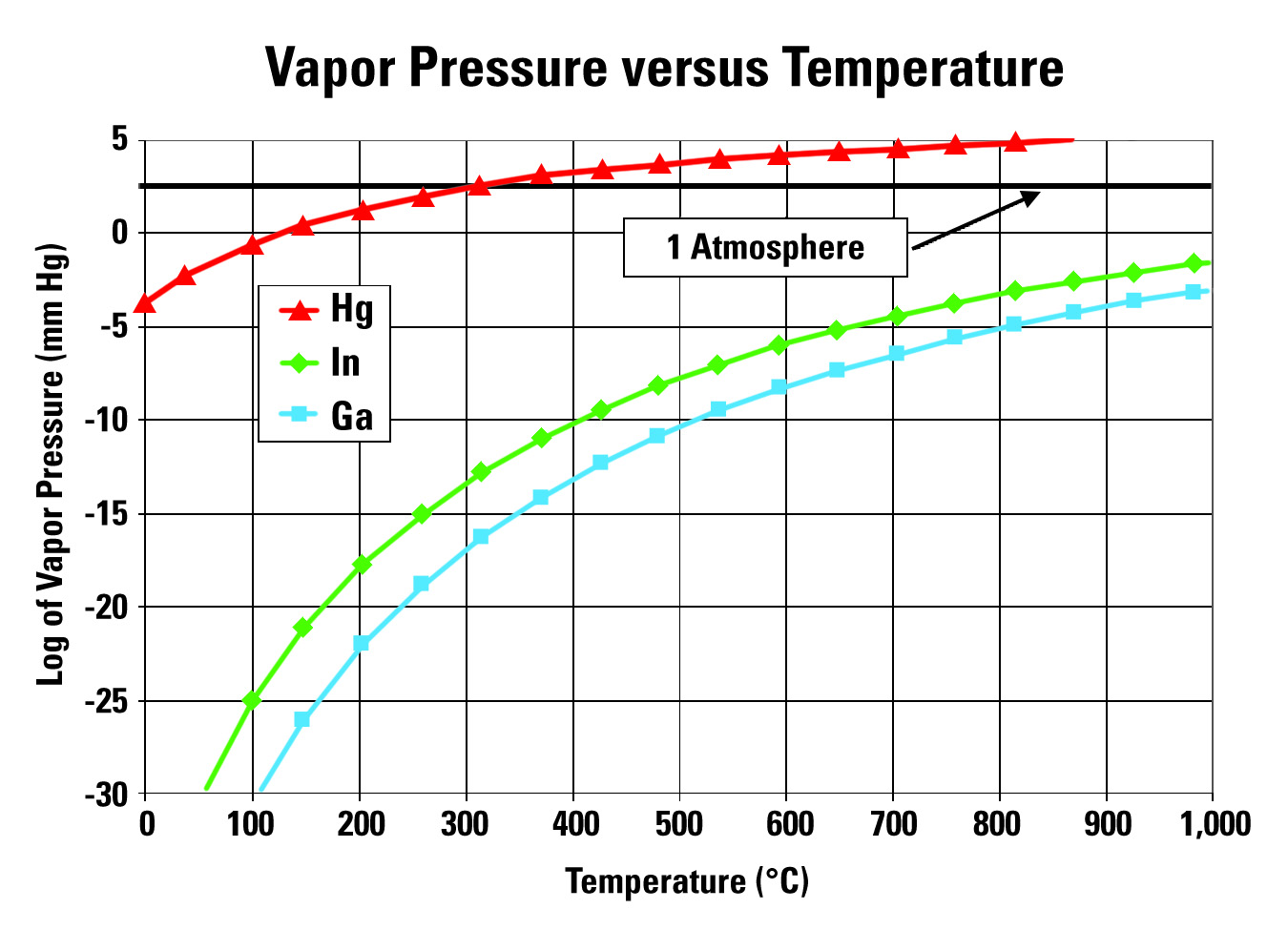 Gallium and gallium alloys are desirable because of their low melting points.

Gallium will wet to very difficult surfaces, even glass.

Gallium can be alloyed to use as a non-toxic replacement for mercury. 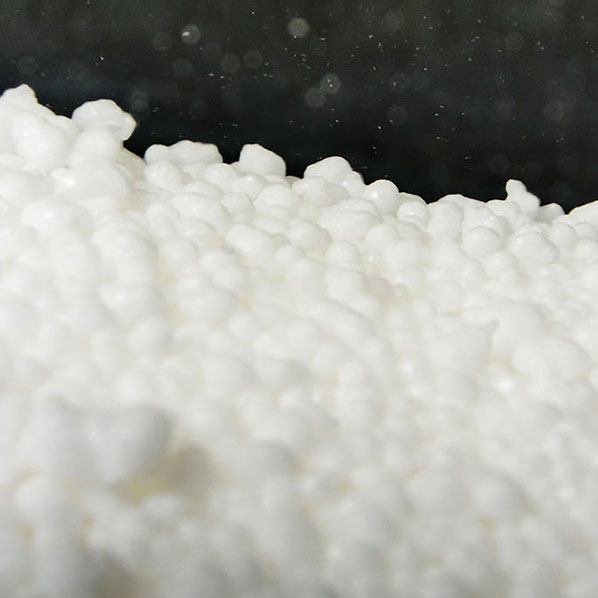 Gallium was first extracted from sphalerite by Paul Emile Lecoq de Boisbaudran in 1875. Four years before this, the properties of the element were predicted by Dmitri Mendeleev with surprising accuracy. Since it was first discovered, the unique properties of gallium have made it suitable as a solution to many new applications and a replacement for hazardous materials in existing applications.

As in silicon technology, the substrates that contain gallium are single crystals, sliced into wafers. Unlike Group IV Silicon, however, Group III Gallium is combined with a Group V element to create a semiconducting crystal. Thus, gallium arsenide (GaAs), gallium nitride (GaN), and other compound semiconductor materials are in use today.

On top of the crystal substrate, additional layers need to be deposited to create electronics devices (such as transistors and integrated circuits) or optical devices (such as LEDs or lasers). These additional layers are deposited by chemical or physical vapor deposition methods. The most widely used technique is MOCVD which uses metal-organic (MO) precursors to deliver the individual elements of the compound semiconductor film to be grown. In the case of gallium, the MO precursor material is trimethylgallium (TMG) which, in turn, is manufactured from gallium trichloride. 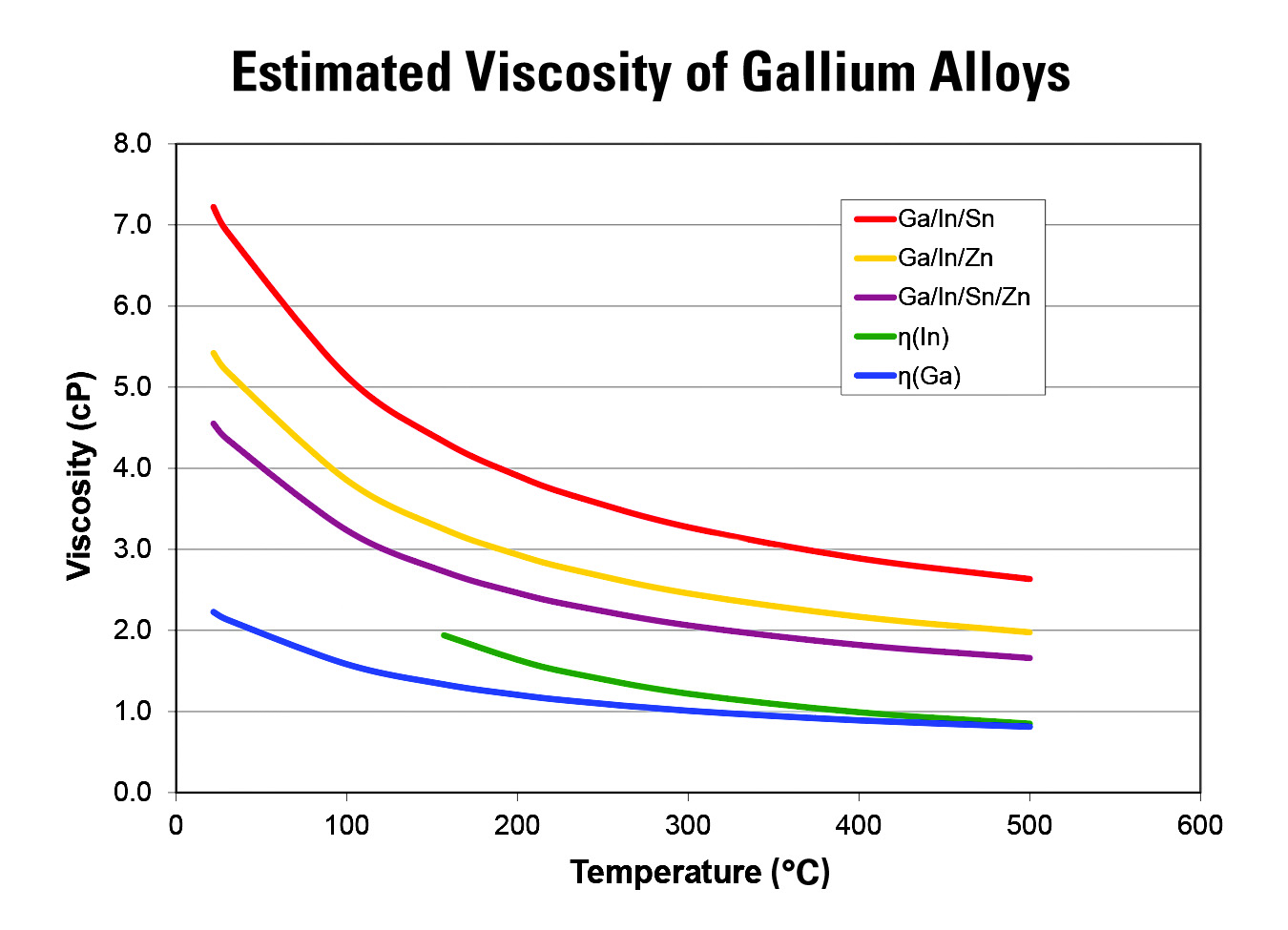 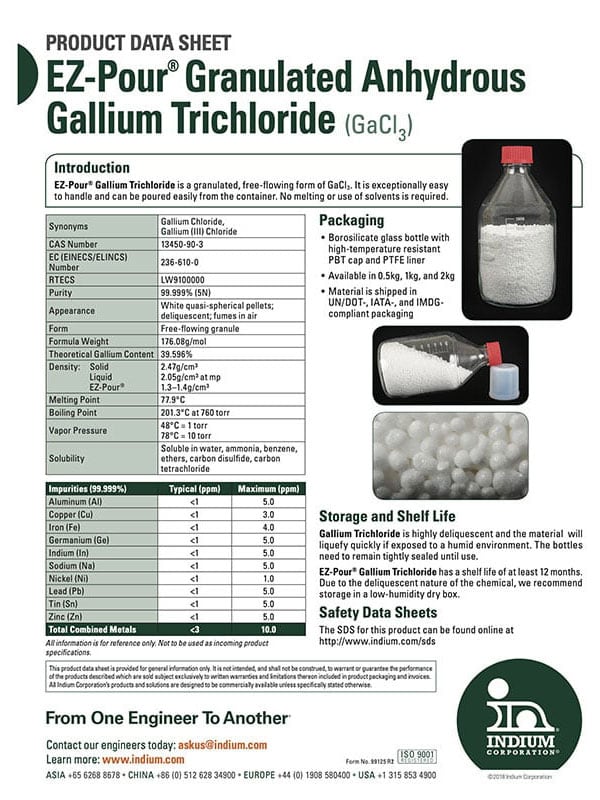 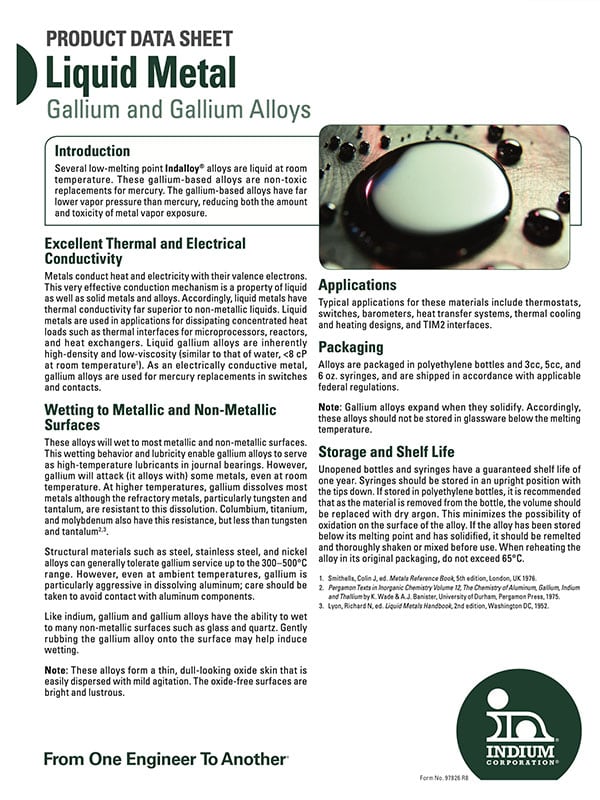 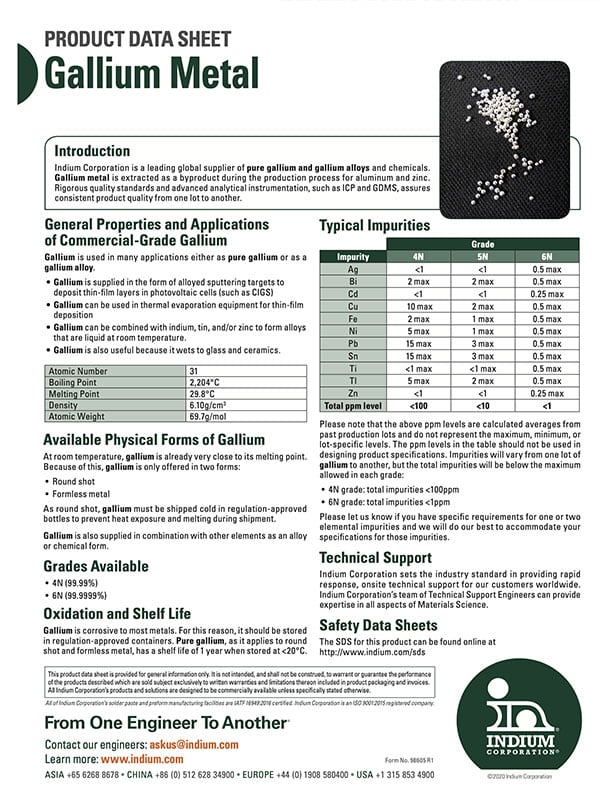 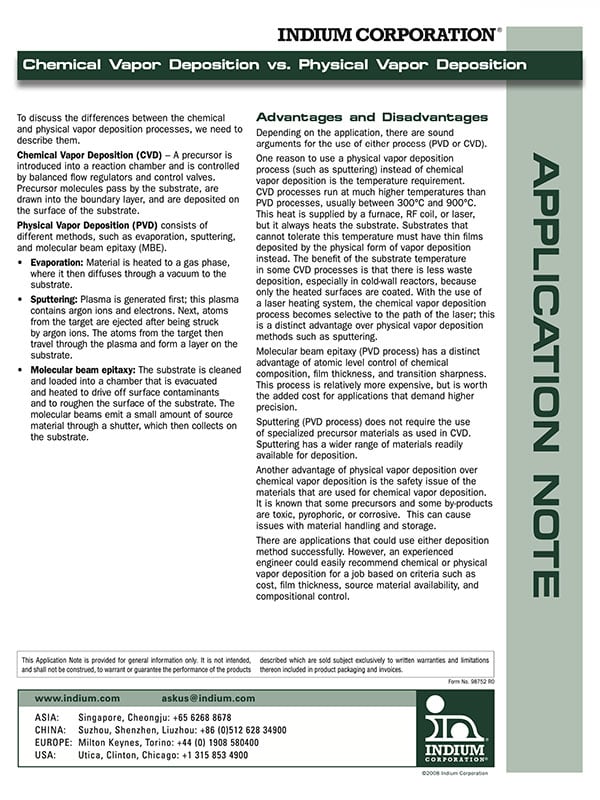 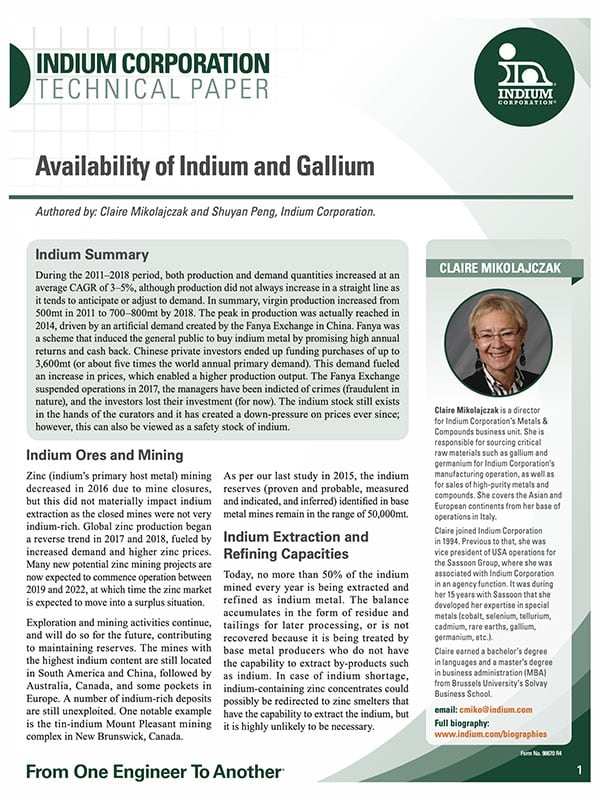 Availability of Indium and Gallium Whitepaper