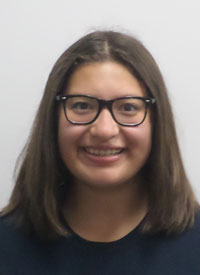 What do you want to be when you grow up? I think I’ve had a hundred different responses to this question. I remember when I was first asked this question, I was a tiny first grader who wanted to be like her big sister. My older sister was a middle school math teacher, and even though I didn’t even know what math was, I was sure it was for me. I would even pretend to be a teacher during recess time with my friends. However, like most children, my attention span was short, and I would develop new ambitions.

I later became obsessed with becoming a ballerina. It mostly came from the countless times I would watch The Nutcracker. I was captivated by the gracefulness and elegance of the sugarplum fairies. Without saying a word, the ballerinas would effortlessly keep me entertained. After trying to mirror their poses, I changed my mind out of frustration.

By the time I got to middle school, I thought a little bit more realistically about my aspirations. Growing up in a rural community, I was always surrounded by animals. My favorite animal out of them all was my childhood dog, Star. She was the calmest dog I have ever met, and she was easy to spot thanks to her white belly. As she got older, it became harder for her to move around and enjoy the activities she once loved. I remember wishing I knew how to help her, but I noticed there was one person that made her feel better… her veterinarian. I even interviewed the veterinarian for a project because I wanted to learn how to help out other animals like Star. I quickly found out caring for my nonverbal friend was more difficult than I thought. I later got bit by a dog and that clouded my thoughts on becoming a veterinarian.

Before I knew it, I was in high school without a clue about my future. I know at the time I thought about starting a bakery. My sister and I had become passionate bakers, and people would constantly tell us to sell baked goods. Baking sparked my creativity. Even the most basic desserts can be turned into something new! This encouraged me to seek out experience at a local bakery. Working at the bakery gave me a reality check. While there is a lot of freedom in becoming your own boss, there are also more responsibilities. It showed me pursuing a dream is going to be uncomfortable. There’s plenty of risks involved, yet in the end, the experiences you develop become the best teaching moments.

As random as some of those aspirations may seem, I have embodied characteristics from each one. My interest in teaching gave me the desire to learn and mentor others. The grace and pose of ballerinas showed me the power of presence. The compassion from veterinarians showed me how to care for others. Lastly, the art of baking provoked my creativity and confidence to take risks.

The most beautiful part about dreams is when they get fulfilled. For years scientists William S. Murray and Daniel Gray dreamed of finding practical uses for indium. After many years of research and experimentation, they found success. They received several patents involving the process of refining and recovering indium. Their continued devotion to indium led to the founding of Indium Corporation in 1934. From the small beginnings as a dream, Indium Corporation has grown into a successful global company.

In 2014, Indium Corporation celebrated 80 years in business. I think the longevity of the company can be attributed to the continued commitment to the legacy of William S. Murray and Daniel Gray. A core value held at Indium Corporation is, “We believe that material science changes the world”. This value expands on the desire of the founders to continue to find new ways to impact the future through advancements of material science.

My question to you is, what are your dreams? What is the change you hope to see in the world? I know the realistic nature of the world can jade the ambitions we once had.  It may take many years to see them come to fruition like for William S. Murray and Daniel Gray.  If you don’t know where to start, look at the experiences you have enjoyed and the skills you already have, and just maybe there’s a way for you to combine the two!

Solder Alloys & A Sense of Belonging