How Does the Rheology of WS-446HF Enable One-Step Cleaning?

One of the first terms I had to Google when learning about my team’s product line was “rheology,” defined as “the branch of physics dealing with the flow of matter”. Tying that into what I wrote about last time, WS-446HF flux is not only formulated in such a way that it allows for a single flux cleaning step, it also has a stable rheology that keeps the flux from drying out, and those rheological properties allow the flux to be used in a variety of applications, such as dipping for flip-chip or pin transfer for ball-grid array structures.

A quick aside: the word “rheology” was coined in 1920 by a professor at Lafayette College and a colleague who were pioneers in the field. The word comes from the Greek word “rheo”, meaning flow. That’s pretty cool, as long as flux doesn’t flow onto my clothes as I’m testing it.

Perhaps the most important rheological property of a flux is its viscosity, or, in simplest terms, is the “thickness” of the fluid. Flux is a non-Newtonian fluid, meaning its viscosity changes when it undergoes stress. It’s similar to ketchup, another non-Newtonian fluid. When you shake a ketchup bottle, the ketchup undergoes a shear stress and becomes runnier. The fact that flux is non-Newtonian makes its rheological properties complicated, since viscosity is not independent of any stresses on a particular flux.

Luckily, WS-446HF is formulated in such a way that its viscosity stays consistent, even under prolonged stresses. This allows for much better control over a fluxing process since one doesn’t need to monitor and adjust the process over time. The fact that our chart shows an initial decrease and a level off in viscosity shows that consistency. If the viscosity had increased after the initial thixotropic breakdown, that would be evidence for the flux drying out, and you don’t want to use dry flux, just like you don’t want to eat dry ketchup! 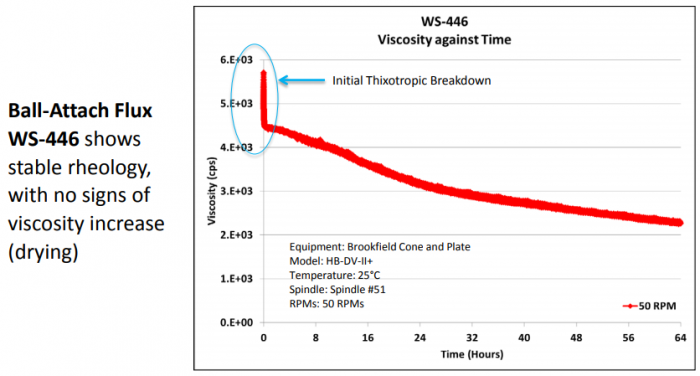 Figure 1: The stable rheology of a flux shows its effectiveness

WS-446HF’s stable rheology allows for great results in different applications, holding either the die in a System in Package (flip-chip), or individual solder balls preventing the missing ball problem (ball-attach). If 446HF is a solution to use in place of two separate fluxes for two different processes, thank the rheology!

WS-446HF Wetting: No Substrate Is Too Tough