Although my PhD is in materials science, my BS was in engineering physics. While getting my BS, I studied Einstein’s special theory of relativity, which was first presented in a paper in 1905 titled, “On the Electrodynamics of Moving Bodies.” This paper was part of his Annus Mirabilis[i] (Miracle Year). Einstein published four papers that year that revolutionized physics. In addition to the special relativity paper, he wrote a paper explaining Brownian motion which established the existence of molecules and atoms. In another paper, he explained the photoelectric effect, which helped establish quantum mechanics. For this paper, he won the Nobel Prize in Physics. In a final paper, Einstein developed arguably the most famous equation in the world: E=mc2. It is interesting to consider that he accomplished all of this work while being a patent clerk in the Swiss patent office. These four papers, plus his general theory of relativity developed in 1915, are part of the foundation of modern physics. It would be difficult to overstate the magnitude of all of these accomplishments. 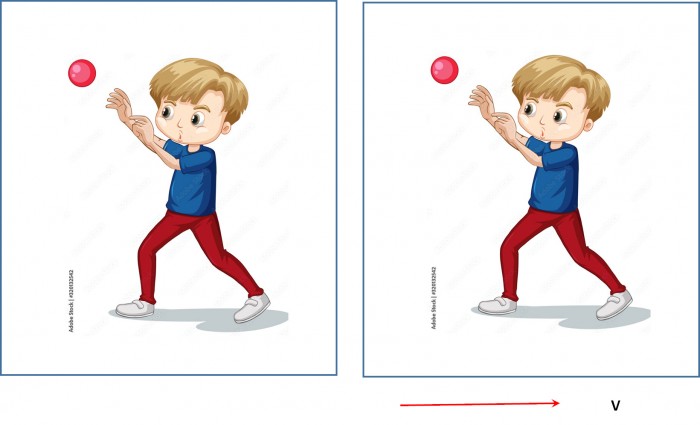 Figure 1. The reference frame on the left is stationary, while the one on the right is traveling with a constant velocity. In both cases, the ball will have the same flight pattern.

What does "relative" mean? Most people assume that time, distance, and mass are absolute. One hour is a constant, one meter is a constant, as is one kilogram. The Special Theory of Relativity posits that none of these metrics are constant. The only constant is the speed of light in a vacuum, which measures the same in any reference frame that is stationary or moving at a constant velocity.

I will be explaining this paradox at SMTA Pan Pacific 2023. Join us to see this and many electronic assembly presentations.