Four years ago, the big boss, 6' 6" tall, 350 pound Mac Savage, said that the goal for the sales of a new product was at least 20% growth rate per year. The team is in a room prepping for a review with Savage (sometimes called Big Mac or, in jest, "The Whopper") when the person responsible for analyzing the data, Charlie, comments:

There is a murmur of agreement among the 10 or so people in the room. And a few comments like, “It’s always good when The Whopper is happy,” were quietly said.

Fred, who was always a bit annoyed at smarty-pants Helen chimed in, “I think Charlie is right, 100% growth in four years is 25% per year.”

Helen responded, “With your logic, if the growth rate was 25% after the first year, sales would be at 125%, right?”

Everyone in the room murmured in agreement. 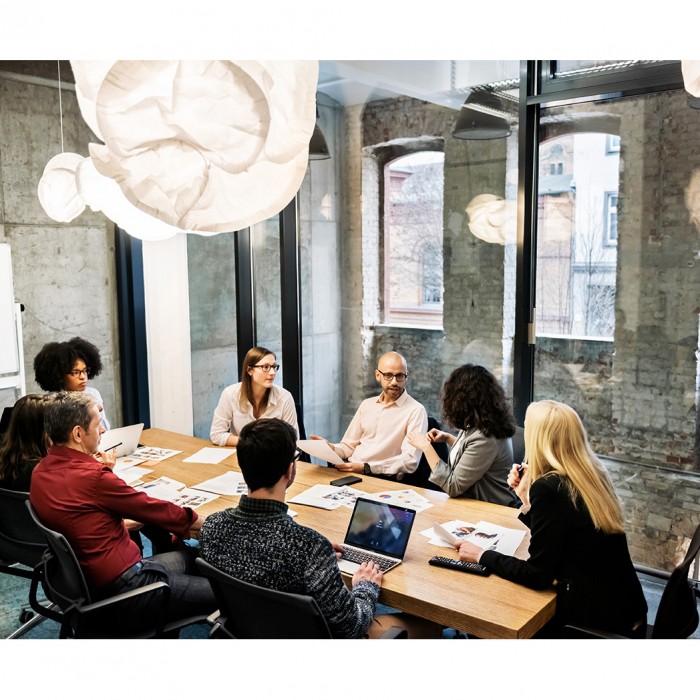 Figure 1. The Team: Helen is to the far left. Charlie is the bald guy with the beard holding a sheet of paper. John is the chap wit his laptop open. Fred has the red shirt on and June is to the right with the long blond hair.

Everyone groans anticipating the disapproval of “Big Mac.”

“The rule of 72 is an estimate, it gets more accurate around 8 years,” Helen chimed in.

“Jeepers, look at the clock, we only have 45 minutes before Mr. Savage comes to the meeting and wants our report,” June warned.

After a brief chuckle that June was the only one to call the big boss Mr. Savage, instead of Big Mac or The Whopper, the team got to work putting together Power Point slides for Charlie’s presentation. They finished with 5 minutes to spare, enough time to freshen their coffee cups or hit the restroom.

At 11AM sharp, Savage came into the room and Charlie started his presentation. Everyone was nervous about Savage’s response.

The entire group expected that Savage was going to blow his top that the 20% target was missed. But, he calmly said, “Well, the 1.1% shortage is unfortunate, but I’m impressed that you didn’t say the growth rate was 25%. I am more impressed that that you knew to use the Rule of 72 and more so that you were able to fine-tune your work to get the more precise. Great work Charlie!”

Everyone in the room rolled their eyes, especially Helen and John. Someone from the group was about to speak up, when Charlie, red faced said, “Sir, I should point out that Helen suggested using the Rule of 72, and John did the more precise calculations.”

“Charlie, you are a good leader, giving credit where it is due. Let’s have this team develop an action plan to improve the growth rate. We should meet in a week to review your plan,” Savage said.

There was a palpable sigh of relief among the team.

Savage, ended with, “Who is this new guy John?”

John was introduced by Charlie as a recent grad of Tech.

“John, I got my MBA from Tech,” Savage said.

“John, I want you to derive The Rule of 72; it will be a good experience for you. See if you can do it without looking anything up,” Savage went on.

John was a bit shaken, but he was able to derive The Rule of 72. See his derivation below.

The derivation of The Rule of 72:

What Do We Need From Low-Temperature Solder?