WS-446HF Wetting: No Substrate Is Too Tough

I spoke previously about how Indium Corporation’s WS-446HF flux has an activator system powerful enough to overcome the non-value-added prefluxing step (check out Andy Mackie’s blog about flux activators if you want to know more). There’s actually another benefit to that special activator system; 446HF is able to wet on the most demanding substrates as a result of this activator system as well.

Some of the common substrates that are used in the electronics industry are Nickel-Gold alloys and Copper OSP (Organic Solderability Preservative). Both are commonly used, but nickel-gold has the drawback of having, well, gold in it and is quite expensive as a result. The cost of nickel-gold substrates is unfortunate as, generally, flux wets better on that substrate than on copper OSP.

Copper OSP is commonly used because of its relatively low cost and the fact that it’s a greener substance; it’s not as toxic nor does it require as high energy consumption as other substrates. The trade off here is that wetting on this substrate isn’t as good, so working with copper OSP is generally considered more demanding.

That’s where 446HF comes in! Although the OSP coating on these copper substrates protect it from oxidization, the protection isn’t 100%. There can still be contaminations or artifacts from previous process steps that weaken the wettability onto these substrates. 446HF has a strong enough activator system to overcome these issues and promote strong wettability on copper OSP.

Indium Corporation has even tested what would happen in a situation with extreme preconditioning. Including a baseline substrate, we baked a copper OSP substrate for a total of nine hours and cleaned the substrate during a pause in baking with an aggressive aqueous flux cleaner. As shown in the attached chart, 446HF had a much better spread diameter than its competitors in all cases. 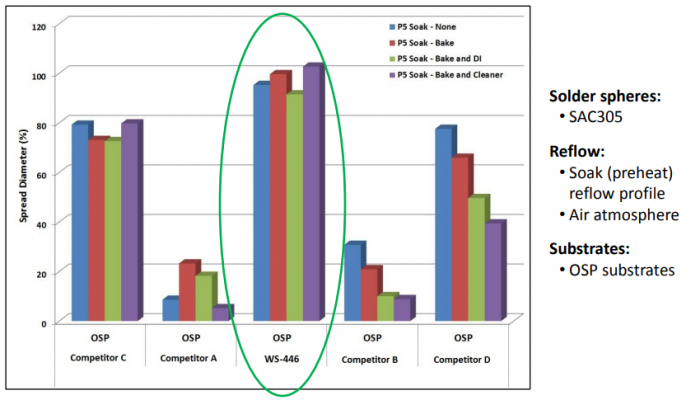 Figure 1: WS-446HF shows much superior wetting to its competitors!

Something fun I noticed during my initial research about 446HF: A common selling point I would see would be that the flux was dark brown. I first thought to myself: “Why would people care that the flux is dark brown?” It took me longer than I’d like to admit to figure out that the reason is quite simple: so you can see the flux when you print it! This flux is a great solution for complex processes that are indeed, dark brown.


How Does the Rheology of WS-446HF Enable One-Step Cleaning?