Let’s look in on a graduate student of Ivy University...

“Hey, John, I have a little assignment for you. Mike Madigan, CEO of ACME, has a vendor that is guaranteeing zero defects in lots of diodes that ACME buys, yet when ACME gets the lots they find a defect rate of around 1% or more. Can you contact ACME’s quality engineer, Frank Ianonne, to see how you can help?" Patty asked. “We covered this topic in the intro stats class you took last term,” she finished.

“Sure, glad to help,” replied John.

“Thanks, I’m going to SMTA’s PanPac for the first time and have a lot going on there,” Patty said thankfully.

John contacted Frank and learned that the vendor’s sales engineer, Mike Gladstone, said that they sample 20 diodes from each 10,000-part lot. If they find no defects in in the sample of 20, they claim they can say that there are 0 defects with 95% confidence, since 19 out of 20 is 95% and they found no defects.

He thought about this and finally came up with what he confidently felt was the answer, especially after looking at his notes from the class Professor Coleman mentioned. He contacted Frank and they set up Zoom call with Mike to discuss the issue.

On the Zoom call after introductions, Frank asked Mike how they determine that a lot has zero defects.

“I’m glad to have the opportunity to explain this to youse guys,” said Mike.

It seemed to John that his tone was arrogant. 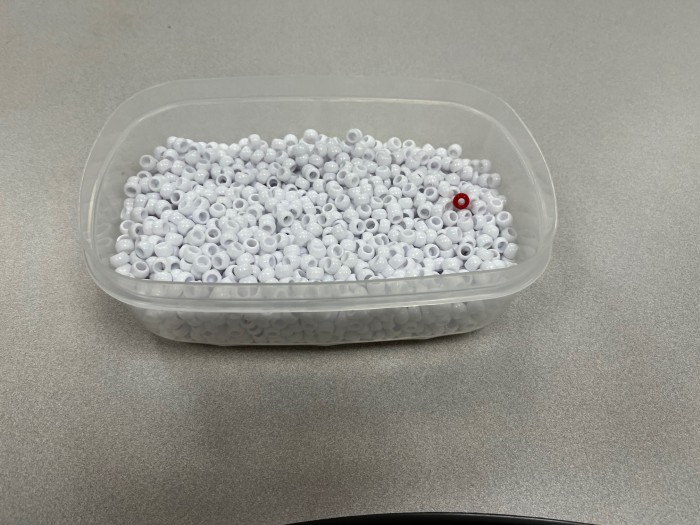 There was long silence.

“Mike what is your answer?” asked Frank.

“The answer is that the only way you can assure zero defects is to evaluate all of the samples,” said John.

“You’re just confusing the issue with that there photo,” Mike spit out.

“Seems quite clear to me,” said Frank.

“You Ivy League types is all the same. You confuse the issue with mumbo jumbo when any dufuss can see I’m right,” Mike screamed.

“I see your point John,” Frank said. “but, can you give me some math to back it up?”

“But what is the likelihood of both events?” John asked.

“And the likelihood of three in a row being good?” John asked again.

“So, let’s say we didn’t know the defect rate, what could we say if we sampled n and got no defects?” queried John.

“I’ll tell you what, think about it and we will get back tomorrow. It's already almost 6PM. Oh, and see if you can calculate what n is. Let’s Zoom at 10AM," John proposed.

Time flew quickly and John and Frank were Zooming again.

“John, you just about killed me, I had trouble sleeping, but I think I have it after reviewing my stats book and doing some Youtubing,” Frank began.

“That’s it, I got it,” said Frank enthusiastically.

Frank worked for a few minutes with a calculator, and came up with the solution in Figure 2.

“By looking at the equation, you can see if the defect rate was zero, 0.9999 would be replaced by 1 and the log of 1 is 0 so you would need an infinite sample,” said John.

“So, the only way to show 0 defects is to sample all of the components,” Frank said.

APEX 2022: The Return of In-Person Trade Shows and Live@APEX