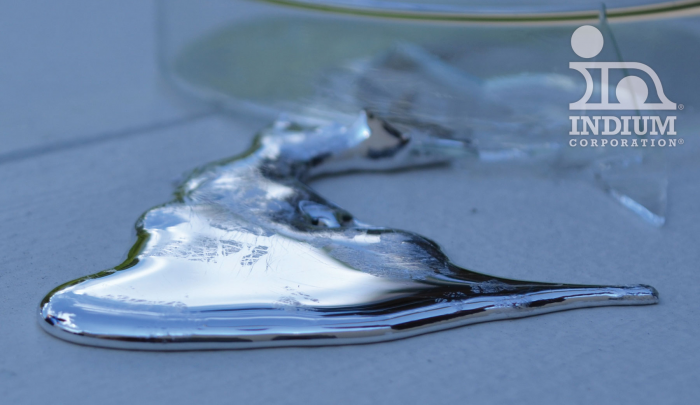 Gallium melts at 30°C, whereas its alloys with indium and tin melt at as low as -19°C.

Mendeleev, while developing the periodic table of elements, predicted the existence of gallium in 1871, four years before its discovery. It is impressive that he also predicted many of the physical properties of this interesting metal. Today, our lives are impacted by gallium in many ways; the most common being light emitting diodes (LEDs). Most white light LEDs use gallium nitride to produce blue or violet light that fluoresces coatings that produce the white light.

The many unique and interesting properties of gallium were brought to my attention by a recent article in Physics Today. The article was written by Michael Dickey, a professor at North Carolina State University.

Dickey points out that gallium has a melting point of 30°C, just slightly above room temperature. When alloyed with indium and tin, the melting point plummets to -19°C. Thus, gallium and its alloys can replace mercury as a liquid metal and have the advantage that gallium and its indium/tin alloys are not toxic. Gallium is also one of the few materials, like water, that expands upon freezing. Unlike toxic mercury, it has low vapor pressure. Dickey points out that gallium’s high surface tension and low viscosity and other properties make it a material that will likely find many other uses in the future.

Dickey discusses many uses for gallium, but one that stood out to me was stretchable wires. If gallium fills a hollow elastomer fiber, the wire that is formed can stretch and maintain its conductivity. The stretching is limited only by the stretching ability of the elastomer.

To learn about the many other fascinating properties of gallium, refer to the Physics Today article mentioned above.

Hypothesis and Confidence Interval Calculations for Cp and Cpks